Facebook, in a bid to bring back the market status of its platform amid numerous controversies, has appointed Nate Cardozo—a long-time EFF (Electronic Frontier Foundation) counsel—as WhatsApp’s Privacy Policy Manager. This selection has been declared just days following Facebook disclosed its intents of merging Instagram, Facebook Messenger, and WhatsApp to enable users to communicate with each other across the platforms.

In a Facebook post, Cardozo said, “After 6 and a half years at Electronic Frontier Foundation, I will be departing at the end of the upcoming week and begin February 2019, I will be WhatsApp’s Privacy Policy Manager.” Cardozo worked as the Senior Information Security Counsel at Electronic Frontier Foundation—a US-situated digital rights group—for almost a decade where his job was concentrated on cybersecurity policies.

The step—that is meant to improve the user involvement on the social networking platform in the period when growth has decelerated for the firm—has raised numerous privacy and security concerns from users across the globe. Cardozo said, “After the privacy defeat Facebook has taken over the past year, I was skeptical, however, the privacy team recognizes me well and understands exactly how I think about tech policy, encrypted messaging, and privacy.” Further, WhatsApp’s new Privacy Policy Manager added, “It is going to be a huge challenge professionally but I am prepared for it.”

On the other end, apart from its several good features, WhatsApp has also observed its own share of glitches and bugs. In the latest improvement, a new WhatsApp bug was speckled that supposedly selects random messages within the reply part of WhatsApp conversations. The problem has recently been dotted by WABetaInfo and though the famous tipster shared the particular regarding this on Twitter, it appears to exist in the WhatsApp beta for Android variant 2.19.27. Furthermore, the WhatsApp bug exists in group chats only. 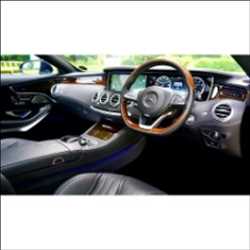