The Trump administration had a target of 3 percent annual growth for the year 2018.

The data released by the U.S. Commerce Department on Thursday, says that economy has fallen just less than the target of 3 percent growth for the year with 2.9 percent growth.

President Trump had spent around $1.5 trillion through tax cuts and undergone much government spending, but the growth rate has fallen just short of President Trump’s target.

During his campaign, Trump had said that his administration could bring the annual economic growth of the country to 4 percent. However, this has not been achievable.

Joel Naroff, the chief economist from Naroff Economic Advisors, Pennsylvania, says that the tax cut has already been factored in and it will be difficult for growth to accelerate higher from the current rate for the next year.

The GDP for the fourth quarter was seen at 2.6 percent.

Economists polling had forecast a 2.3 GDP growth for the fourth quarter, but it has fared better for the quarter at 2.6 percent.  In the third quarter, July – September, the pace had been at 3.4 percent.

However, there is a slowness witnessed from the month of December with a drop in sales, exports, business spending, and home building. In January and February months, the manufacturing sector has further weakened.

The first quarter of 2019, will not be this good, says economist Paul Ashworth. 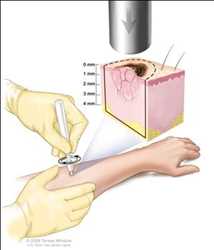